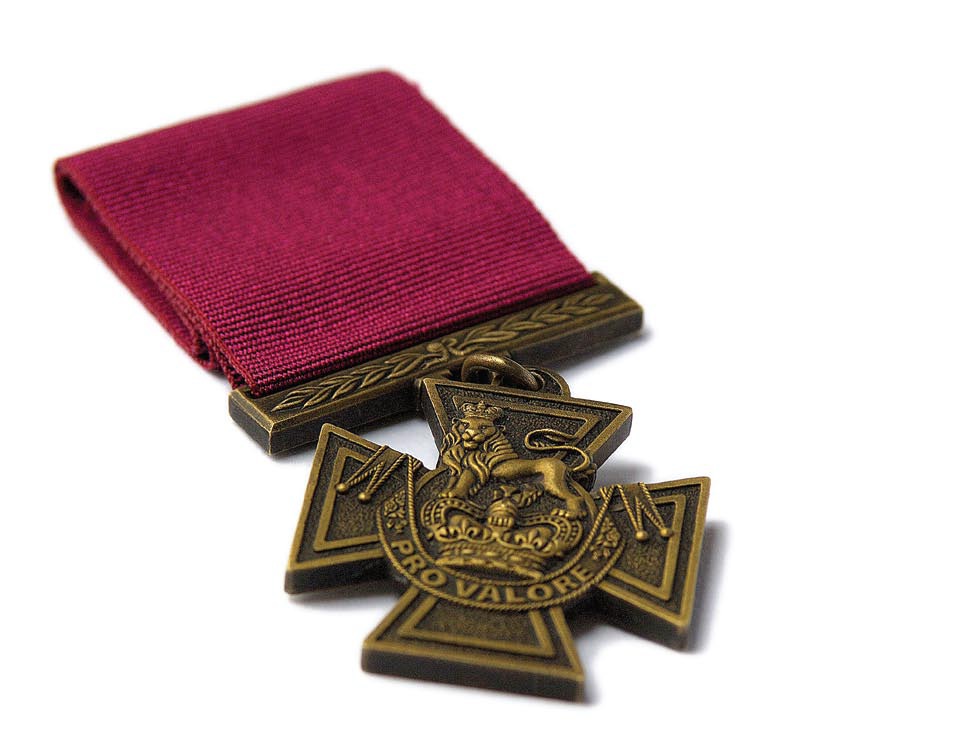 For most conspicuous bravery or some daring or pre-eminent act of valour or self-sacrifice or extreme devotion to duty in the presence of the enemy. The medal was instituted on February 5, 1856 with awards retroactive to 1854. The first award to a Canadian was in February 1857, to Lt. Alexander DUNN (Charge of the Light Brigade). There have been 1,351 Victoria Crosses and 3 Bars awarded worldwide, 94 to Canadians (Canadian-born or serving in the Canadian Army or with a close connection to Canada). In February 1993, Queen Elizabeth II granted approval for the creation of a Canadian Victoria Cross (VC). The Canadian VC maintains the resemblance of the original British VC, except for the insertion of the Latin inscription, “PRO VALORE”, replacing the original English inscription, “FOR VALOUR”. No Canadian has been awarded the Victoria Cross since the inception of the Canadian version in 1993. Consequently, the following describes the original British Victoria Cross, as has been awarded to all Canadians since the Crimean War.

Description: A cross pattee, 1.375 inches across, with a dark brown finish. Made from cannons captured from the Russians during the Crimean War.

Obverse: The obverse displays the Royal Crown surmounted by a lion guardant. Below the crown, a scroll bearing the inscription: FOR VALOUR.

Reverse: Raised edges with the date of the act engraved within a raised circle.

Mounting: A straight bar (ornamented with laurels), slotted for the ribbon, has a V-lug below. A small link joins the V-lug to a semi-circular lug on the top of the cross.

Ribbon: The crimson ribbon is 1.5 inches wide and a miniature cross is worn on the ribbon in undress. The ribbon was dark blue for naval recipients until 1918 with Able Seaman William HALL, RN, being the only Canadian VC winner to wear the blue ribbon.

Naming: The recipient’s rank, name and regiment are engraved on the reverse of the mounting bar. микрозайм