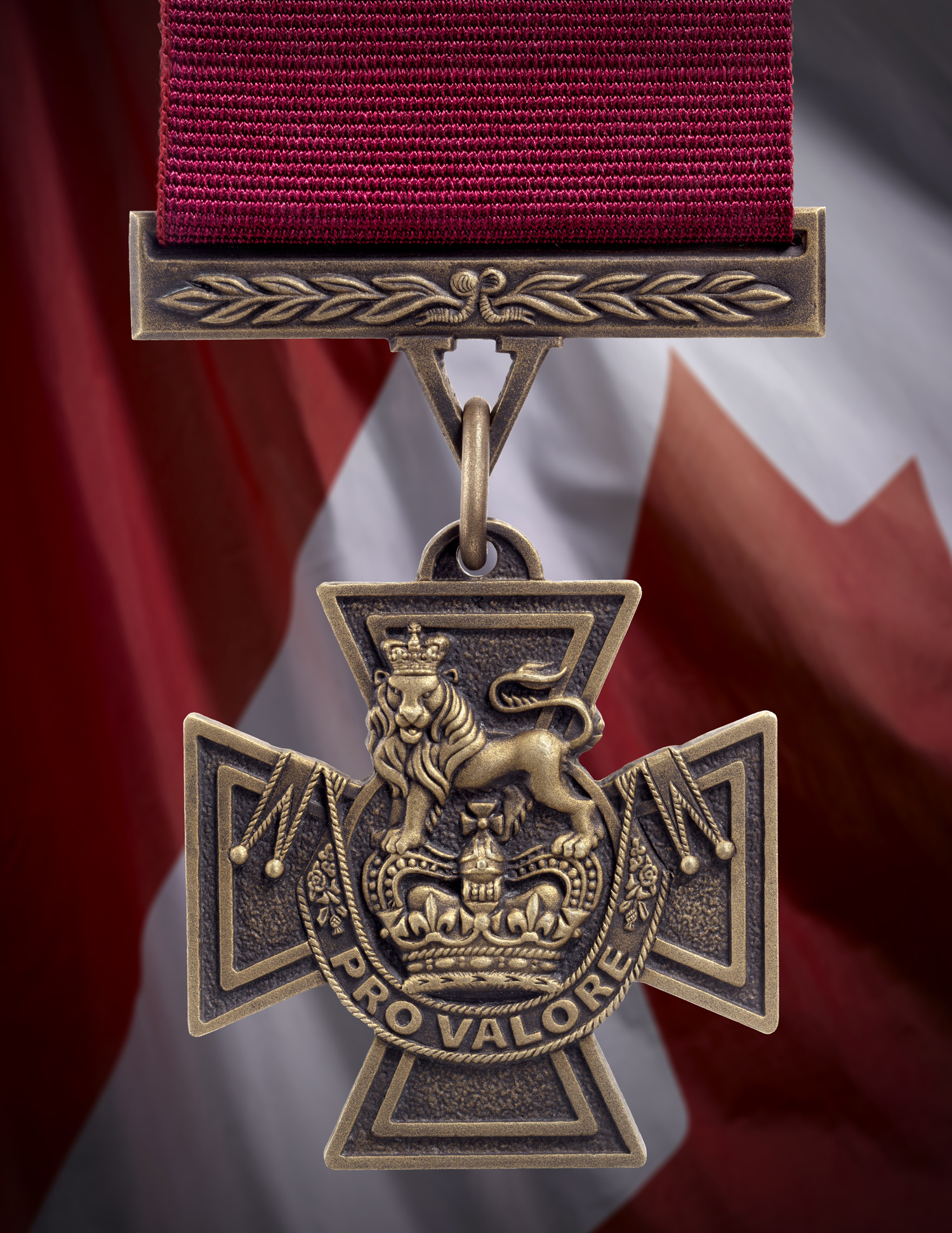 In the first of a new historical series on the Battle of Vimy Ridge, the Foundation looks at some of the soldiers present at the battle, and the heroism they showed in this landmark victory by Canadian forces.

It is truly difficult to comprehend the chaos of battle, especially one as intense as the Battle of Vimy Ridge. April 9, 1917 was not the first time that Allied soldiers had dared to cross no man’s land at Vimy, but each previous attempt had only resulted in significant losses, as the Germans repelled the onslaught. Their defences were considered almost impenetrable. The Allied troops thrown against them unfortunately suffered the fate of cannon fodder.

That swiftly changed beginning on April 9, when the four divisions of the Canadian Corps, fighting together for the first time, made the charge at Vimy. Their determination was palpable, and with a new strategy and newfound drive, they saw success by taking Vimy Ridge.

While each Canadian soldier undoubtedly showed his courage during the fierce battle, there were four examples of conspicuous bravery that merited the awarding of the coveted Victoria Cross, the highest military decoration within the British Empire. Of these, three were earned on the opening day of the battle:

Private William Milne of the 16th Battalion: On April 9 near Thelus, the 24-year-old Milne saw an enemy machine-gun firing upon fellow troops. Crawling on hands and knees he managed to reach the gun, kill the crew, and capture the gun. Milne later repeated this action against a second enemy machine-gun crew, but was killed shortly afterwards. Milne’s body was not recovered from the battlefield. He is commemorated on the Vimy Memorial, France.

Lance-Sergeant Ellis Sifton of the 18th Battalion: During the attack in enemy trenches Sgt. Sifton’s company was held up by machine gun fire. Having located the gun he charged it single-handed, killing all the crew. A small enemy party advanced down the trench, but he succeeded keeping these off till our men had gained the position. In carrying out this gallant act he was killed, but his conspicuous valour undoubtedly saved many lives and contributed largely to the success of the operation. Sifton is buried in the Lichfield Crater Cemetery near Neuville-Saint-Vaast, France.

Private John Pattison of the 50th Battalion: On April 10, when the advance of Canadian troops was held up by an enemy machine gun, Private Pattison, with utter disregard of his own safety, sprang forward and jumping from shell-hole to shell-hole, reached cover within thirty yards of the enemy gun. From this point, in the face of heavy fire he hurled bombs killing and wounding some of the crew, and then rushed forward overcoming and bayoneting the surviving five gunners. Pattison was killed on June 3, 1917 making an attack on a power station near Lens, France. He is buried in the La Chaudière Military Cemetery, France, approximately 3 kilometres south of Lens on the north-western outskirts of Vimy.

Captain Thain MacDowell of the 38th Battalion: On April 9, Captain MacDowell, with the assistance of two runners (company orderlies, Privates James T. Kobus and Arthur James Hay, both of whom were awarded the Distinguished Conduct Medal for their part) reached the German position ahead of his company. After destroying one machine-gun nest he chased the crew from another. MacDowell then spotted one German going into a tunnel. At the base of the tunnel, MacDowell was able to bluff the Germans to think he was part of a much larger force, resulting in the surrendering of two German officers and 75 German soldiers. He sent the prisoners up out the tunnel in groups of 12 so that Kobus and Hay could take them back to the Canadian line. Although wounded in the hand, MacDowell continued for five days to hold the position gained, in spite of heavy shellfire, until eventually relieved by his battalion. He was the only Victoria Cross recipient to survive the war. He died on March 29, 1960 and is buried in the Oakland Cemetery in Brockville, ON.