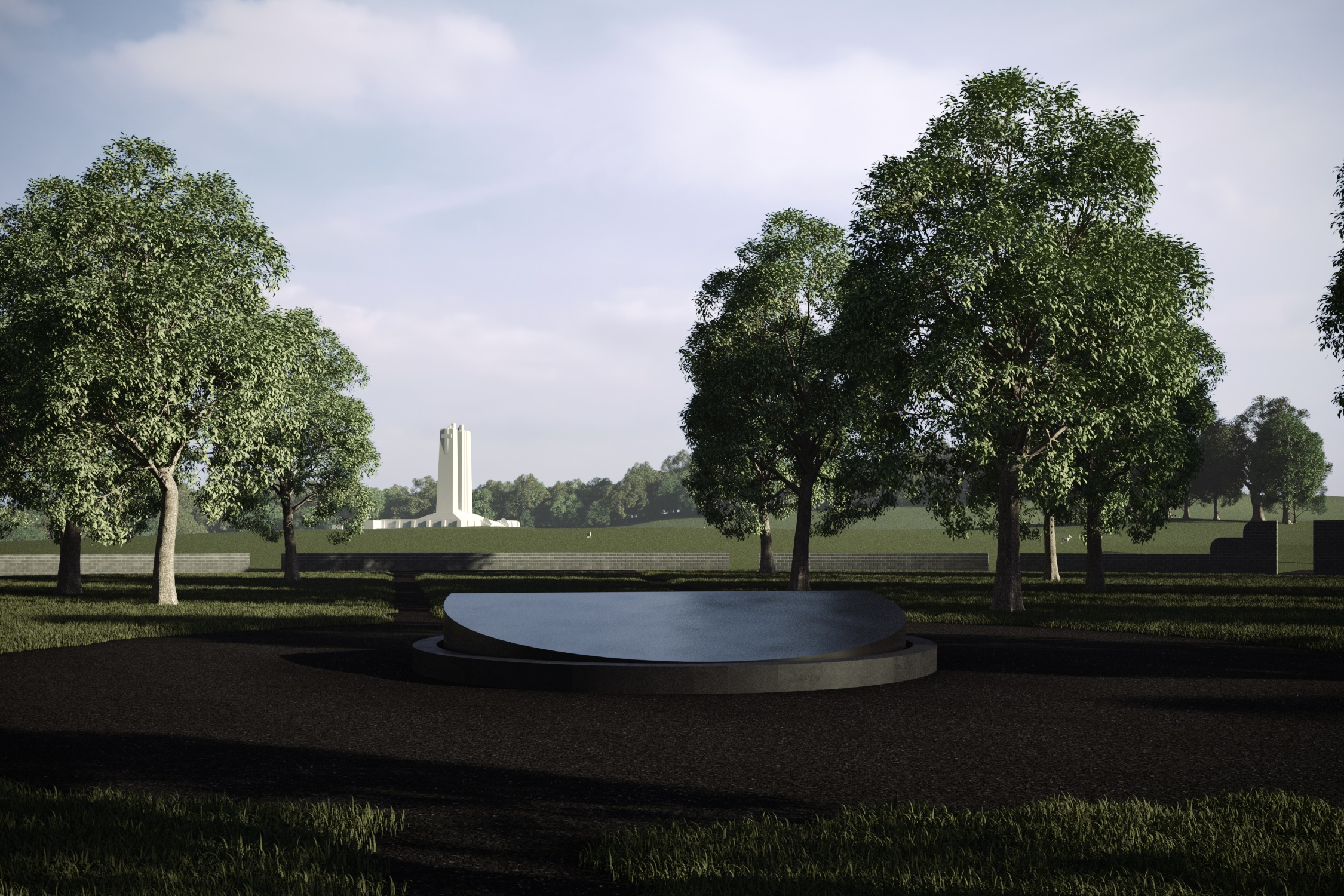 The Vimy Foundation and the Love Family Foundation are proud to announce a joint effort to commemorate the legacy of the Battle of Vimy Ridge- The Ridge: To Venerate A Buried History. The Vimy Foundation Centennial Park in France, an established living memorial, will soon be home to the water feature, which was commissioned after a competition with entrants from Canada’s leading design universities.

Jon and Nancy Love, selection committee members from the Love Family Foundation, felt strongly about selecting the design  as the competition winner:

What made The Ridge stand out from other designs was its use of echo chambers and agitators below the surface which reverberate the sound of flowing water to create a contemplative environment in the Park.

The proposed design is to be realised this summer and unveiled in the fall.

The Vimy Foundation Centennial Park, designed by Canadian landscape architect Linda Dicaire, opened in 2018 to mark the centennial of the end of the Great War. Funded by the Vimy Foundation, the park provides a space of reflection on Canadian achievement at Vimy Ridge.

The message of Vimy Ridge is one of bravery, sacrifice and strength in unity. The battle, which took place on April 9, 1917, is commonly highlighted as a turning point in Canadian history, where the four Canadian divisions fought together as a single fighting force for the first time. The event is often cited as the beginning of Canada’s evolution from dominion to independent nation.