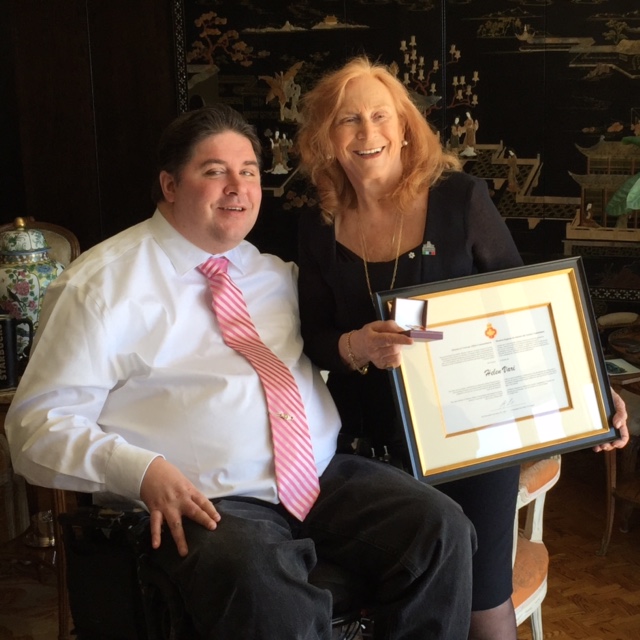 Our congratulations to long time Vimy Foundation supporter Madame Helen Vari for her recent Minister of Veterans Affairs Commendation from Minister Hehr. The Commendation is awarded annually to individuals who have contributed in an exemplary manner to the care and well-being of Veterans or to the remembrance of the contributions, sacrifices and achievements of Veterans.

From Veterans Affairs Canada: “For many years, Mrs. Helen Vari has generously contributed to the promotion of the valour and commitment that define Canadian Veterans. She speaks highly of the courage of the service of the women and men who gave freely of themselves during the First and Second World Wars, two monumental events in the history of the 20th century.

She is also a primary financial contributor through the Vimy Foundation to the construction of the new Visitor Education Centre at the Canadian National Vimy Memorial in France. Her commitment to and admiration of Veterans are generous and sincere.”