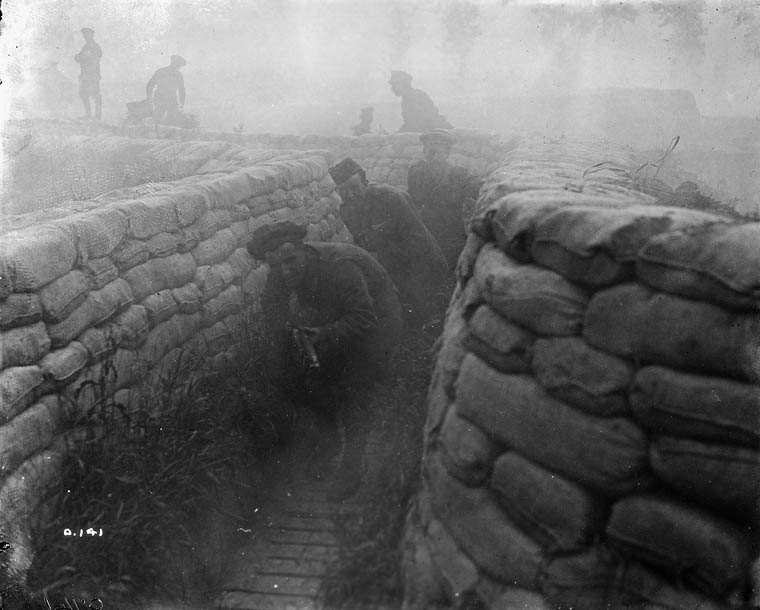 The high ground between the villages of Hooge and Zwartelleen was by 1916 the only raised area near Ypres still until Allied control. The ground, comprising of Hill 62, Hill 61, and Mont Sorrel were held by the 3rd Division, Canada’s most newly arrived division and as yet untried in battle. After the disaster at Saint-Eloi in April, Alderson had been removed from command of the Canadian Corps and replaced by a British cavalry officer, Lieutenant General Julian Byng.

The stretch of ground was the only thing holding back the German army from complete domination of the Ypres sector, so in a rare aggressive move the Germans mounted an attack the morning of 2 June 1916, surprising the 3rd Division with a hail of artillery fire at 8h30 and the detonation of 4 mines under their front lines. Preparations for the attack had been observed by the RFC in the weeks leading up and the intelligence passed on, but the 3rd Division’s commanders had not prepared their lines sufficiently for the coming attack, and had made no arrangements for artillery support.  After the devastation of most of the 3rd Division’s line, the flanks were held by the PPCLI for 24 hours under heavy fire.

Counter attack was arranged for the following morning at 2am, but was repeatedly delayed as the battalions leading the attacks struggled to get to their jumping off points. The counter attack took place under a weak bombardment at 7am, in broad daylight and under clouds of German gas. A failure from the start, those commanding officers left after the first few minutes called off the attack and told their men to dig in. Casualties for 2-4 June were 3 750 for the 3rd Division. Those left alive dug in to hold the lines as best they could until Byng gave the order for another attempt to take back their lost position on 13 June.

Currie’s 1st Division was moved in to take the ground between Hill 60 and Sanctuary Wood, after 4 bombardments the attack began on 13 June, with the artillery working closely with the infantry, a first for the Canadians. Currie’s men went over the top at 1h30am, bayoneting the enemy and pushing to the German second line. By 2h30am, all the ground lost on 2 June had been retaken and the Canadians prepared for the coming German counter attacks. Total casualties for the actions at Mount Sorrel would be about 8 700, many of them prisoners of war.

Pte (Lt. Later) A.Y. Jackson (60th Battalion ) Already gaining renown in Canada as a member of the Group of Seven, Jackson was wounded at Mount Sorrel on 3 June going over the top with the battalion. He later returned to the front as one of Lord Beaverbrook’s official Canadian war artists and would paint haunting canvases of the blasted landscapes on the Western Front.

Major-General Malcolm Smith Mercer (3rd Division) Mercer was killed by a British artillery shell fragment during a front-line inspection after his appointment as leader of the 3rd Division during the surprise German bombardment of 2 June. Lieutenant-General Byng was invited to accompany Mercer on his tour and declined. Brigadier-General Victor Williams accompanied him and was captured by the Germans, Canada’s highest ranking prisoner of war.

Capt. Percival Molson (PPCLI) The son of John Thomas Molson, of the Montreal brewing family, Percival was an avid hockey player and part of the team that won the 1897 Stanley Cup. He was wounded in the face near Sanctuary Wood on 2 June as the PPCLI struggled to hold the flank left open by the 3rd Division. Molson later returned to the front and was killed near Avion in July 1917 after a direct hit from a Howitzer shell. He was awarded the Military Cross before his death. In his will, Molson bequeathed 75 000$ for the building of a sports stadium at McGill. It was named in his honour after a decision by the board of governors of McGill in 1919. 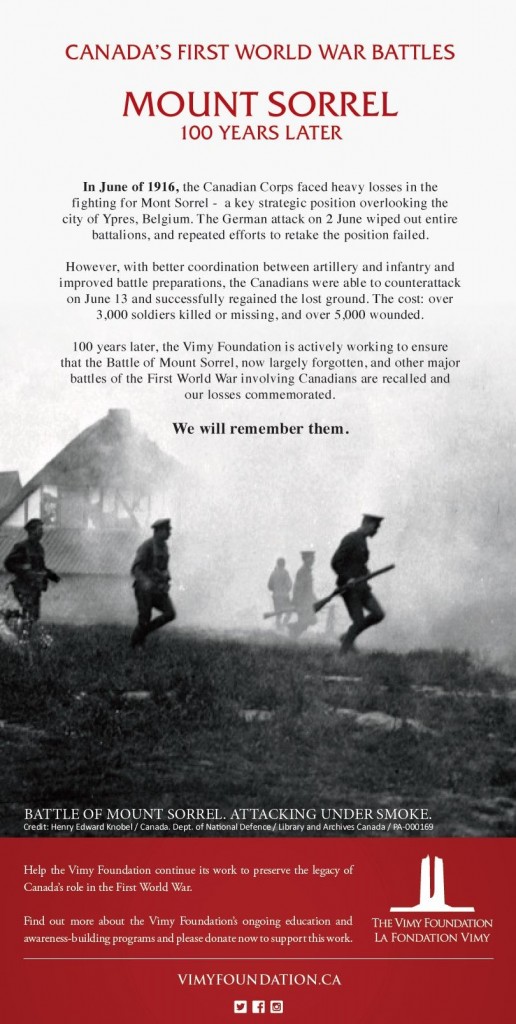