100 years ago, the 1st Newfoundland Regiment faced devastating losses at Beaumont Hamel on the first day of the Battle of the Somme. Going “over the top,” Newfoundlanders were completely exposed to intense machine gun fire and the attack was a horrific failure. Within 20 minutes, approximately 85% of those who had started forward were dead, dying or wounded.

While the casualty list varies, most records indicate that 287 Newfoundlanders were killed in this battle, on the bloodiest day in the history of the British Army. Due in part to the incredible courage and bravery demonstrated at Beaumont Hamel, King George V honoured the Regiment’s actions by granting it the designation “Royal”. 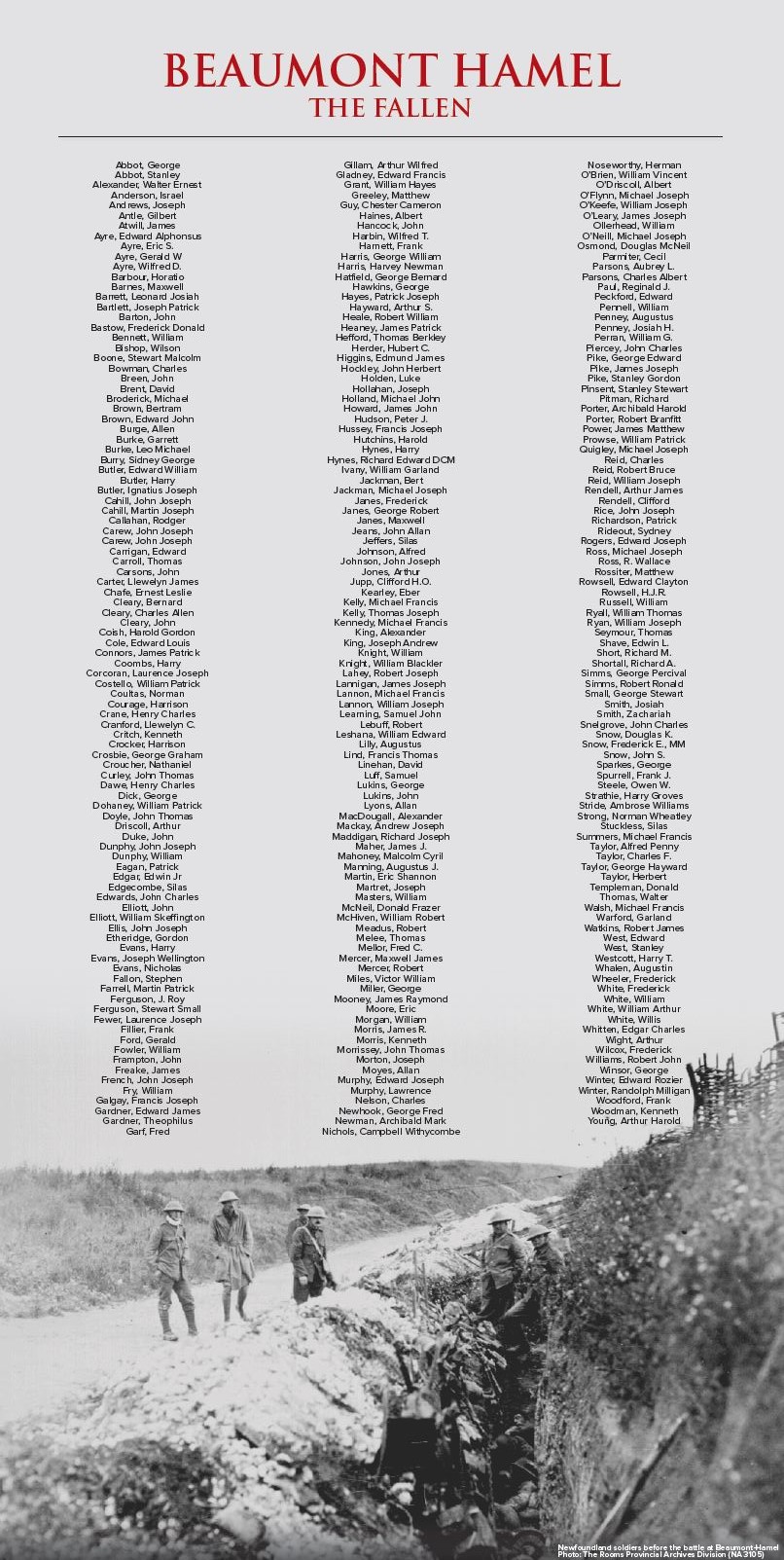 Download our poster about the centennial anniversary of Beaumont Hamel.

Recent high school grad Victoria Jackman of Mount Pearl, NL has been forever changed by her trip to Beaumont Hamel. In April of 2014 as a grade 10 student, she was awarded the Vimy Foundation’s Vimy Pilgrimage Award. This program recognizes the actions of young people who demonstrate outstanding service, positive contributions, and leadership in their communities, and awards them a fully-paid week-long trip to France and Belgium to visit the key sites of the First World War. Watch her reflections on the 100th anniversary of Beaumont Hamel:

Read about the battle of Courcelette, September 15-22, 1916. микрокредит