TORONTO – April 2, 2016 – More than 1000 military personnel, business leaders, elected officials, celebrities and students will gather tonight at the Allstream Centre for the Toronto Garrison Officers’ Ball in support of the Vimy Foundation, presented by Bell. The proceeds of the dinner are in support of the Vimy Visitor Education Centre and Charities of 32 Signal Regiment Association.

This year, the Toronto Garrison Officers’ Ball is being hosted by 32 Signal Regiment. With a noble history dating back to the founding of the unit in 1907, 32 Signal Regiment traces its legacy to the earliest days of signalling in the Canadian Militia. A leading Reserve Force Communications Unit, they served as part of the 2nd Canadian Infantry Division in the Canadian Expeditionary Force from 1915 – 1918. With only one year until the 100th anniversary of the Battle of Vimy Ridge, Canada’s defining moment of the First World War, supporters will be on hand to help celebrate Canada’s military history and announce plans for the centennial commemorations set for 2017.

“It is an honour to partner with the Vimy Foundation on this annual event as both of our organizations are committed to sharing the story of Canada’s history and celebrating our military accomplishments,” said Lieutenant-Colonel Dan Bergeron, Commanding Officer, 32 Signal Regiment.

“We are thrilled that Canadians continue to embrace the Vimy Foundation’s education and awareness programs. This event is no ordinary fundraiser. It will ensure that the Vimy legacy of national unity, sacrifice, innovation, and victory are never lost,” said Jeremy Diamond, Executive Director of the Vimy Foundation.

Master of Ceremonies Kevin Newman will be joined by other special guests including Lieutenant-General Guy Thibault, Vice Chief of Defence Staff and Guest of Honour, General Rick Hillier, Honourable Kent Hehr, Minister of Veterans Affairs Canada, Margaret Atwood, General Richard Rohmer, Consuls General of France and the United States, Helen Vari, Chevalier de la Legion d’honneur of France, as well as currently serving members of the Canadian Forces, who will help celebrate the work of the Vimy Foundation and unveil architectural renderings for the new Vimy Visitor Education Centre, which will open in Vimy, France in 2017.

Those attending will be able to see a wide range of communications equipment and First World War vehicles on display, thanks to presenting sponsor Bell and Veterans Affairs Canada.

At Vimy Ridge, 99 years ago, 100,000 Canadians soldiers gathered for the first time as a united fighting force. Commanded in part by Canadian officers, they achieved the unachievable and took one of the most heavily defended German positions of the entire Western front. It is said by many historians that at Vimy Ridge Canada emerged from a colony to become a nation. It was not simply a battle – it was Canada’s coming of age.

The Vimy Foundation is a registered charity founded in 2006. The mission of the Vimy Foundation is to preserve and promote Canada’s First World War legacy as symbolized with the victory of the Battle of Vimy Ridge in April 1917 – a milestone when Canada earned its place on the world stage. To learn more, visit www.vimyfoundation.ca

Thank you to our sponsors of this event! 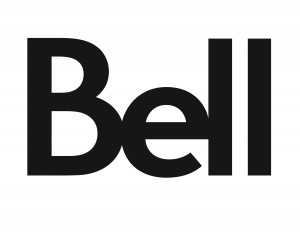 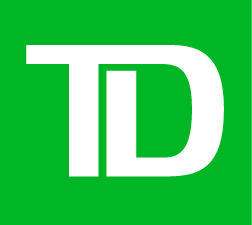